Both shows are versatile, entertaining and the audience is included actively. Only tricks are presented in Bjørn de Vils shows which are creations of his own or are seldomly shown and therefore really fascinate.

The shows are alive through a lot of spectators´ participation, suitable music and witty takes.

Bjørn de Vil converts spoons to forks in a matter of seconds, makes a silk cloth, signed by an spectator, appear in an apple being meters away or makes a spectator feel in an act of suggestion proverbially that her perception absolutely deceives.

Finally Bjørn de Vil burns a banknote and an unbelieving spectator fetches it from a nut, which was in a raw hen's egg which was in a lemon which stayed in an orange which was in a grapefruit. So he thinks. In reality the bill falls down from . . . but you should experience this actually by yourself. 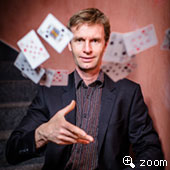 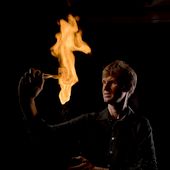 Bjørn de Vil claims to be able to read the thoughts of his spectators. No matter whether these hide a pointed nail under one of five cups, remember a word from a book or think of the first letters of his or her best friend, Bjørn de Vil uncovers everything.

He also demonstrates, that some spectators have hidden talents about which you yourself had no idea before. This show remains mysterious and one will talk about it still for a long time.

In small circles, Bjørn de Vil celebrates magical treasures just by sleight of hand. Directly in front of the eyes of the surprised audience, common everyday articles disappear and reappear in an incomprehensible way. Out of nowhere the missing card raises itself out of the deck, a darting flame reveals a hidden object and a red cloth is jumping through a closed bag into the other hand. Also the popular "thimblerig" brings the audience into a mixture of enthusiasm and confusion. No complicated technology is here at the work, simply Bjørn´s sleight of hand keeps the audience in constant amazement. 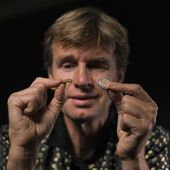 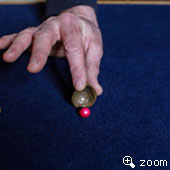 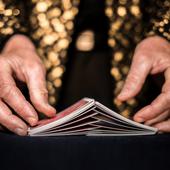